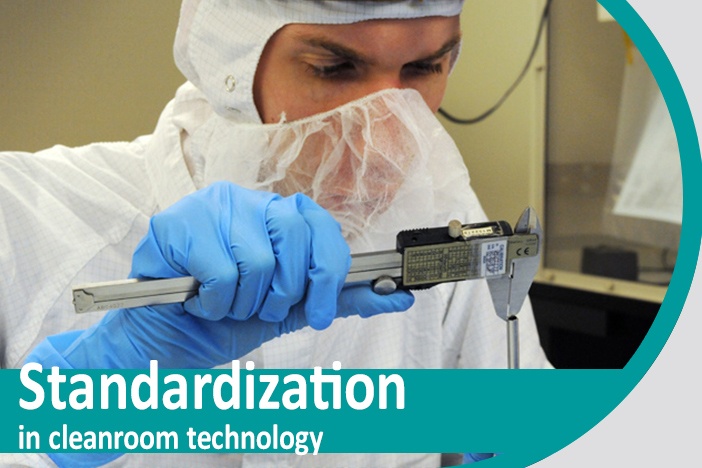 Development of cleanroom technology and their standardization

The exact emergence of cleanroom technology is controversial among experts. The only certainty is that it initially focused on a relatively narrow range of applications and became really relevant only since the beginning of the 1960s. Initially, cleanroom technology was used in only a few industries and was largely confined to the semiconductor industry in the US. But even medical facilities in Switzerland discovered the decisive advantages of cleanroom technology very early, even before other sectors used the new technology. While the technology was a “niche product” at the beginning, the increased interest was fueled in particular by the developments in space technology at the time and the global arms race for the first moon expedition.

With the gradually increasing interest in the concept of cleanroom, the United States Federal Standard 209 (FS 209) finally provided the first standardization for the criteria of cleanroom technology in 1963. From that point it has been continuously further developed. From then on, efforts to standardize cleanroom standards and regulations have picked up speed and have been constantly optimized and adapted to meet new challenges.

Production under clean conditions has become necessary for an ever-increasing number of companies and industries, as the requirements for products and the associated manufacturing processes have changed significantly and continuously increased over time. Due to the significant growth of different companies and research departments from all over the world within few years, a global standard for criteria of cleanroom technology had to be found in order to ensure a uniform, overarching and high-quality classification. However, it was possible to establish a globally valid standard until 29 November 2001and to be fully effective.

Today, the cleanliness concept is indispensable in many industries. Microelectronics, optics, biotechnology, semiconductor manufacturing, pharmaceutics or nanotechnology – all rely on concepts of cleanroom technology for the production of their products. Only in this way flawless processes can be set up and highly sophisticated customer and market requirements can be fulfilled.

There is a global uniform standard for criteria of cleanroom technology since November 2001. The Institute of Environmental Sciences and Technology (IEST) officially standardize the regulations and standards worldwide developing differently in countries and sectors, and internationally recognize the ISO 14644 standard: ISO 14644. The general standard also includes guideline values for quality of air purity and qualification in addition to requirements for the cleanroom.

The ISO-Standard for modern purity concepts has been continuously developed by the responsible technical committee of ISO and adapted to the latest research findings and technical advances. Continuous optimization of the ISO 14644 guidelines also allows to cover current questions and problems concerning the planning of the cleanroom, its operation or cleanliness-related technological challenges.

The development of cleanroom technology and related standards and guidelines have a long way to go and a lot more to come. Because the technological advances in today’s economy and industrial landscape provide for increasingly brief intervals for regular new products and thus new demands on the market. Only if the standards of cleanroom technology are adapted to modern conditions the purity concept can be further developed reasonably.

Would you like to delve deeper into the topic of standardization in cleanroom technology? Then simply download our free whitepaper “Standardization VDI 2083 and ISO 14644”!

The cleanroom blog informs you about cleanroom technology.