From employee of Carl Zeiss to CEO of his own company...

Joachim Ludwig has become an expert in cleanroom applications for technology industries. He thinks that a big cleanroom isn't always the best solution for the process and the product. He is very successful with his motto "the best cleanroom is the one you don't need" for more than 20 years.

His work life started at Carl Zeiss in Jena and Jenoptik Infab, where he was responsible for clean production. But he wanted to be his own boss and so he started his own business. COLANDIS was founded in 1996 and became an internationally successful company with customers all over the world. 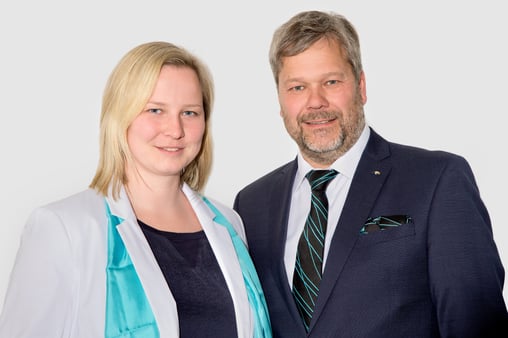 Another big step in the success story of COLANDIS is initiated. Ludwigs daughter Ina Henze-Ludwig was appointed second managing director to support her father's business. She will take over the company completely in the next few years.